My GY561 power and frequency meter came in the post today and as you can see in the videos in my previous post the results were a little disappointing in some respects. 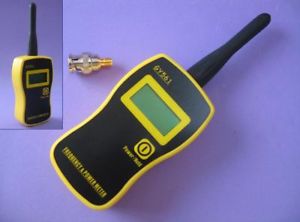 Upon opening the box I noticed a small screw fall out onto the floor and upon closer inspection I saw that it had come out of the back of the device. I thought initially it may have just worked loose with it being a tiny screw in cheap plastic but when I pulled it out of the bag I noticed a rattling noise coming from inside. So i decided to take the back cover off and found that there were 4 metal spacers seperating two circuit boards inside and that the screws fixed into those spacers to secure the back panel. However, the spacers were not fixed to anything and they just fell out. Turns out they were just balanced in there and had all worked loose. 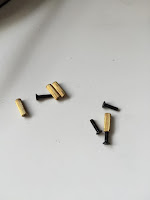 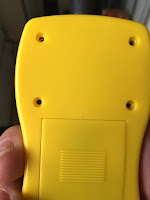 Anyhow it appears that these missing spacers won't affect the operation of the meter in any way and the boards inside are sill pretty sturdy. I snapped the cover back on and just superglued the screws into the holes as they are not needed to get inside the device.

It came with two SMA male to male and SMA female to female connectors and a BNC female to SMA female connector which is handy because I can test any of my handhelds with these. It also comes with a stubby UHF antenna which is for measuring a radios transmit frequency without plugging it in.

I tested all of my Chinese handhelds including UV-5R's, BF-888S's, Kirisun S780's and my Wouxun KG-UV8D. I tested high and low power settings on both 2m and 70cm calling frequencies for a fair reading for VHF and UHF and logged my findings in the chart below. 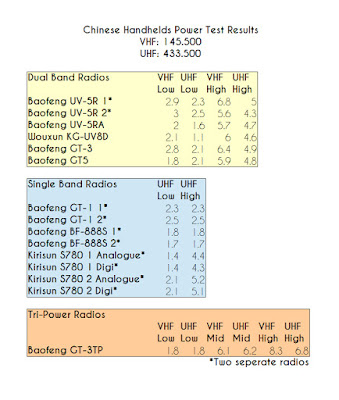 It just goes to show the variations in power between two identical radios and the power difference between the two bands.

All in all I'm happy with the item and after complaining to the supplier about the shoddy quality I managed to get a partial refund which is reasonable as I want to keep the item, it does work and I can't be bothered with the time and effort to ship it back to China.

I'll be uploading some videos in the coming weeks showing the power testing of various radios so stay tuned on my YouTube for that.

Manchester, UK.
Posted by The MJJ Collection at 11:07 AM