My new Baofeng BF-UVB2+ came in the post the other day so I thought I'd blog it today. This is one of the newest variations of the UV-5R family and I have to say it has to be my favourite when it comes to appearance.

The radio is silver and black which sounds pretty tacky but it looks the part and makes a nice change to the all black Baofengs. The pre-production drawing of the radio is slightly different to the finished article with the main difference being the colour of the buttons. The drawing is nicer but I do like the final version too. 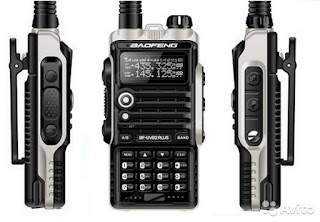 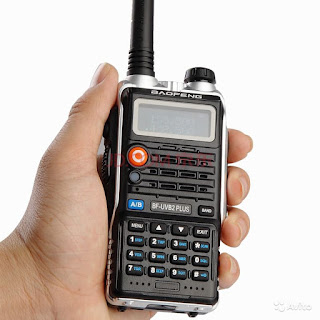 There is nothing new on the inside of the radio. It is basically just a Baofeng GT-3 in a new shell but I'm definitely a fan of how it looks. It performs just as good too. The keypad lights up really brightly too which adds to the overall look of the radio. Buttons on the front function the same as all previous models.

In the box is the usual manual, charger, antenna, battery and of course the radio. The antenna is much better than the little stock antennas you usually get with Baofengs. It is similar to the Motorola style antenna which looks and performs much better. 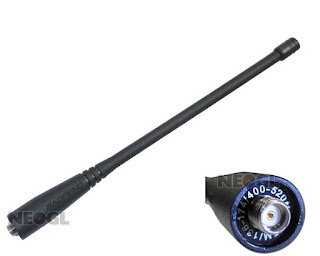 Other radio features are the gimmicky flashlight which is actually brighter than the other Baofeng models due to the reflective cone it is housed in. The PTT is also 'ruggedised' with an extra grip rubber surface which feels a little more substantial than the hard plastic PTT's on other models. The screen is the dark version that is found on the GT-3 and BF-F8HP radios. 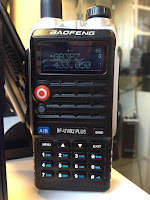 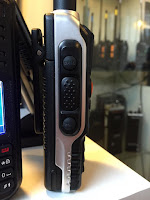 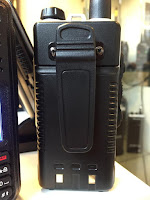 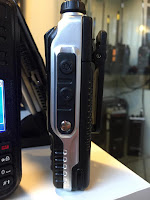 Overall a very nice addition to my Baofeng collection and a very good looking, high performance radio for the price. The power output is good, audio reports on both simplex and repeater operation are very good and it can be used with CHIRP software and the usual programming cable for all Baofeng radios.

Manchester, UK.
Posted by The MJJ Collection at 10:42 AM