I love browsing around on eBay for bargains when it comes to radio and I also love hunting out the new, weird, obscure or sometimes ridiculous Chinese handhelds that keep popping up. I thought I'd share some with you:

This radio is a 16 channel VHF handheld whose manufacturers have jumped on the 'chrome' plating bandwagon. It claims some pretty impressive features, the first one being the apparent 10w power output and the second being its 3000mAh battery. Now some Tonfa radios do proclaim to have higher power than they actually do when tested. Knoxieman reviewed the Tonfa UV-985 which is a Baofeng UV-5R lookalike that claimed to have 8w output power but struggled to put 4w out on both VHF and UHF. 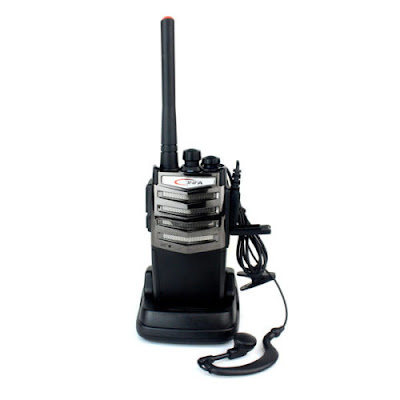 I'd like to think that it does put out the power it says especially when this radio is around £32.99. That is a high price to pay for a shinier Baofeng 888s. The radio boasts the usual features that all of these Chinese radios do including the battery saver, time out function, busy channel lock out and all the other useless functions. I doubt the battery is 3000mAh too! 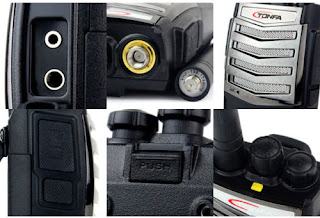 All in all a nice looking radio but you can get the Baofeng GT-3TP, BF-F8HP or any of the other 8w versions for the same price with 120 something channels and with dual band capability. I'm not sure the extra 2w is going to make any difference anyway.

Another one from Tonfa and the thing that drew my eye to this one was that is apparently has an output power of 9 watts which seems an odd number really. It looks like a UHF remodel of the radio above but with less of the chrome work on there. The transceiver is according to the sellers a micro-miniature multiband FM transceiver with extensive receive frequency coverage, providing local-area two-way amateur communications along with unmatched monitoring capability. Well, it isn't multiband and I'm sure there must be better out there!?!? 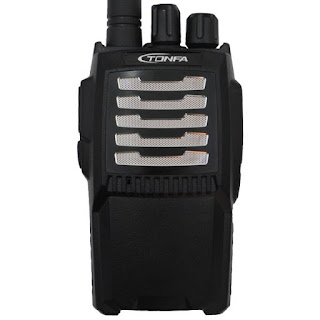 The radio has 16 channels with the usual features, CTCSS, DCS and offset for repeater operation etc. It looks like another BF-888S clone and at around £31 it does seem expensive again compared to other more capable models and I strongly doubt it puts out 9w. If I had more money I'd love to test all these radios but hey ho. 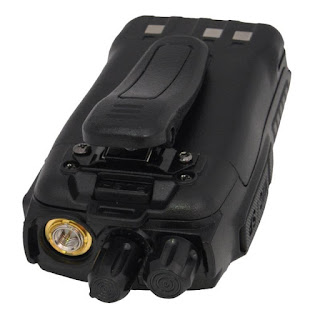 I much prefer the simple styling on these radios, I'm not a fan of all the add on shiny plates and the futuristing sculpting of the plastic cases they're housed in.

Definitely a Baofeng BF-888S clone here but I do like it! It is very simply styled and the blue looks good on the casing. 16 channels and 5w high power 1w low power which seems more believable however if it is anything like its cousins the GT-1, BF-888S, H-777 and all those types it'll just put out anything between 0.8w-2w on both high and low power settings. 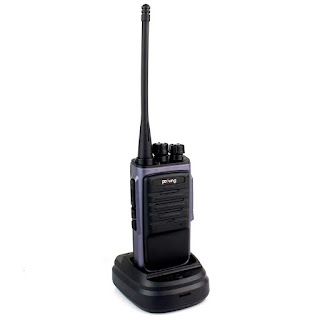 When the various sellers try to win over potential buyers by screaming about the VOX function in the title, you know this radio doesn't pack any special bells and whistles so why is it twice the price of its predecessors? Around £23 for a repackage is expensive. 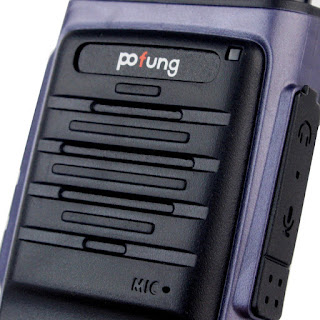 Don't get me wrong, this radio is a bargain for someone looking for a cheap, short range communication setup. It is still a bargain full stop but if people knew what we know about the BF-888S then I'm sure they'd go for something else. Big fan of the styling though.

Not much else to cover on this radio that I haven't alread spoke about above. A very nice repackage of the BF-888S family of radios and the silver would go nicely with my Baofeng BF-UVB2+. I'm definitely watching out for these as a replacement for my BF-888S radios. 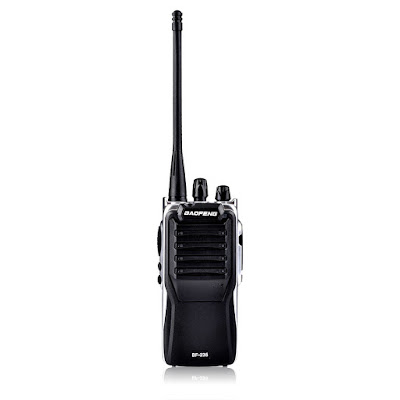 16 channel, 5w output (apparently), all the usual functions, and a very nice re-style of one of the cheapest handhelds on the market. The price is more acceptable on this one at around £13-14 delivered so nothing that will break the bank.

A very smart looking handheld from Intek which I hadn't seen before. Not alot to report on this one really as it does everything the UV-5R does, nothing more, nothing less. It looks a bit more professional than some of the radios you find out there and at around £25-29, it won't break the bank either.

This radio is a dual bander which has the usual FM radio, CTCSS, DCS, offset, and puts 5w of power out. I don't know much about Intek but this seems like one of their own unlike the next radio I came across... 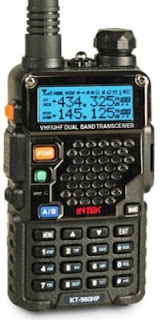 I hope you found that interesting, there are more and more of these radios popping up all the time and I always enjoy browsing through them. It goes to show how many suppliers and licensed manufacturers are working all of these marketing gimmicks into their radios so take care when choosing which radio you want to buy. Sometimes you might just be paying for an old model in a new skin.

Manchester, UK.
Posted by The MJJ Collection at 3:59 PM