Switching to the Baofeng GT-3TP

Hi guys, a while back I posted about making the move from the Baofeng UV-5R to the Baofeng GT-3 as my main handheld radio (click here to read). Well after much anticipation Baofeng have released their new Baofeng GT-3TP which apparently features 8 watts output power. 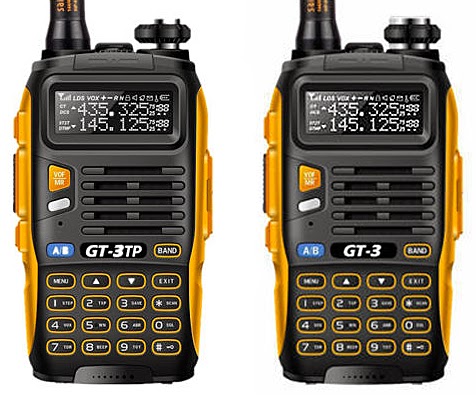 Now, like everybody else I was skeptical about whether this is actually true and I've found the answer. It is true depending on what frequency you use according to the eBay seller who has included a measure of power on a number of frequencies:

It looks like it'll perform best on 2m which is ok. The results for 70cm/PMR are a little disappointing and the extra 1 watt won't make the slight bit of difference. Anyway I bought one of these on eBay tonight after selling a few old radios. Firstly to make my GT-3 a pair and secondly to see if there is any difference in performance with a little extra power.

The radio comes supplied with all the usual peripherals and is coming from Hong Kong so it probably won't be here until the 2nd week in January. When it comes I'll be sure to post my findings!

Manchester, UK.
Posted by The MJJ Collection at 4:53 PM