Well, yet another Christmas is upon and after panic Saturday on the 20th and manic Monday on the 23rd the shops and supermarkets are absolutely rammed and things won't change until late on Christmas eve! So I decided to do a bit of online shopping and get some treats in for Christmas.

I recently sold about 10 radios on eBay to make a bit of cash and clear out the stuff I wasn't using. Items included a pair of TYT 368S 449MHz handhelds, one of those 70's/80's mobile CB radios for the car that come with a magmount etc. Also sold were a Uniden UBC30XLT scanner and an Alinco DJ-S40C UHF handheld transceiver. As I said, I won't particularly miss these items as they were just not used and are of no particular value to me from a monetary or sentimental point of view. 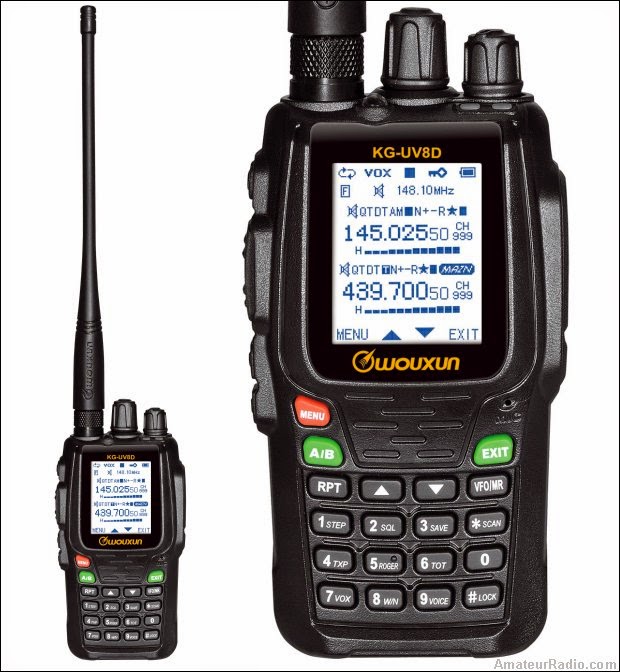 The first radio I bought was the Wouxun KG-UV8D Dual Band 136-174/400-520MHz handheld transceiver with the large colour LCD screen. I've not used Wouxun radios before and have been toying with the idea of getting one of these for a while. There are plenty of features packed into this such as 4 watts power on UHF and 5 watts on VHF. It features a whopping 999 programmable memory channels and full CTCSS and DCS as well as DTMF operation. The KG-UV8D also has duplex cross-band repeat capability, so you can operate the radio in full cross-band mode where you transmit on one band while you receive on the other simultaneously. You can also receive two signals at the same time on either band.

The KG-UV8D has the same other features as most of the Chinese handhelds out there such as channel name display, dual standby, 76-108Mhz FM radio, DTMF encoding, SOS function, low voltage voice prompt, VOX for hands-free operation, stopwatch and a flashlight. The radio is powered by 7.4v 1700mAh Li-Ion battery pack. 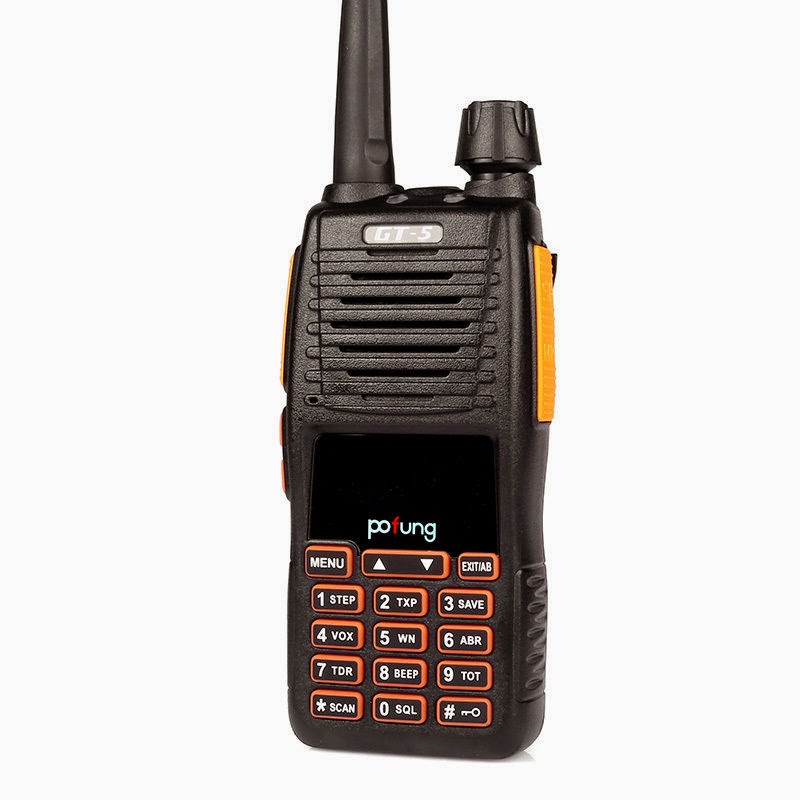 The next radio I bought was the new Baofeng/Pofung GT-5 VHF/UHF 136-174/400-520MHz Dual-PTT Dual-Standby 2-way Radio. This is basically the Baofeng UV-82 family of radios in a new casing with slightly different buttons etc. There is no real difference between the two but I've been looking at getting a UV-82 for a while to give it a try and now the GT-5 is out it makes sense to go for that model.

Receive and transmit are better on this radio and it features a better antenna compared to the useless stock antenna on the Baofeng UV-5R. I chose this radio to try out the dual PTT key which would be very useful when the radio is in dual standby mode. Obviously the PTT allows you to select which frequency you transmit on. The extra 1 Watt of power on both bands (5/4 Watts instead of 4/3 Watts) is also a slight advantage. 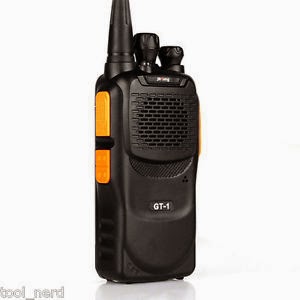 Next was the Baofeng/Pofung GT-1 UHF 400-470MHz. I'm assuming a BF-888s in a new casing but nevertheless a great remodel of an already great radio. I've always been a fan of the BF-888's which you can pick up for as little as £12. It does simplex, repeaters, has CTCSS/DCS and decent audio. Better still it works with the UV-5R accessories. I've bought a pair of Baofeng/Pofung GT-1's for £25 with a free earpiece and I'll be made up if they're just as good as the BF-888s.

It has all the same features that the BF-888s has but seems slimmer, a little more professional looking and comes with either and Orange, Yellow or Green fluorescent PTT, monitor button and speaker mic guard. I chose the yellow but as I type this I wish I'd chosen orange to match my Baofeng GT-3! Ah well it'll match the GT-5 instead.

Lastly was the Baofeng GT-3TP which is the new triple power dual band handheld from Baofeng but I've posted about this in my previous entry. 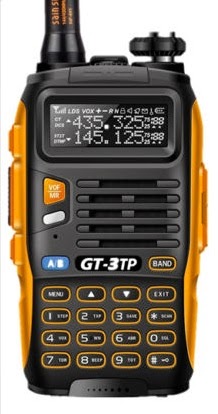 So some great radios coming for Christmas and the new year. I'm looking forward to trying them all out in terms of testing and also everyday use on repeaters and for recreation when the weather is better and camping season is here. I'm sure I'll get round to posting my findings on here soon.

Thanks for reading as always.

Manchester, UK.
Posted by The MJJ Collection at 11:17 AM