I was chatting on 2m to my friend Chris M0OGG this afternoon and we happened to mention SSTV. It's something I've never tried or really even thought about but Chris told me about an app and a peice of software which I could download which would allow me to receive and decode SSTV and also send it too. So I did, and we've been messing around with it this afternoon and got some pretty good results. 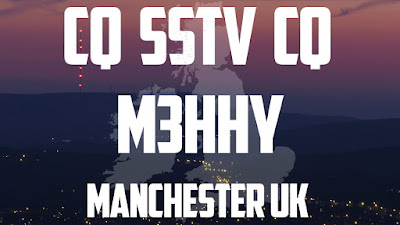 The app is simply called SSTV and costs £2.79 from the Apple App Store and to receive you simply your phone or iPad next to the speaker of the radio and it'll decode the SSTV and display an image. To send, you simply load a picture onto the app and click transmit. Your phone then plays the encoded signal which you then transmit from the radio by keying the mic next to the phone's speaker. Simple. 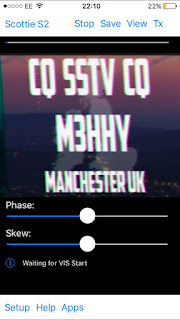 We did some experimenting on 144.550 FM and got some ok results. Bearing in mind I was using a Baofeng held up to my phone and Chris was using his radio microphone up to his phone so the audio was sort of 'second hand' and not pure. The images below were what I received from Chris. 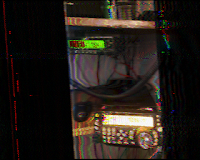 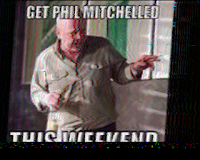 Below are the images I sent to Chris, he decoded them with MMSSTV which I'll talk about next. He took pictures of his laptop screen with his phone but you get the idea. I think the quality is slightly better as I was /p up Werneth Low in Hyde. 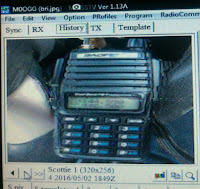 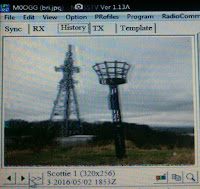 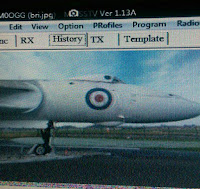 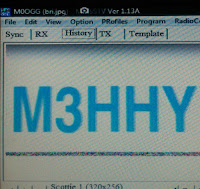 The app works really well and is easy to use. It provides an great platform on which to get started with SSTV. 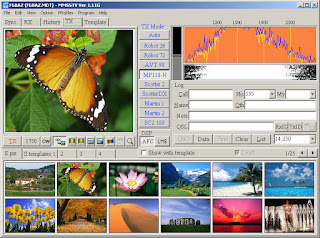 When I got home I downloaded MMSSTV from hamsoft.ca which is a peice of free software for SSTV. It uses the same principles as the app and uses your computers mic to pick up audio from the SSTV signal. You can use an audio jack too but the internal mic on my laptop works just as well.

I tried some more on 2m again but this time on my main shack radio and my full 10w rather than 5. Myself and Chris received eachothers pictures really well! The distance between us is about 10 miles and the signal was FM. 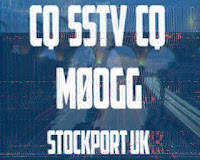 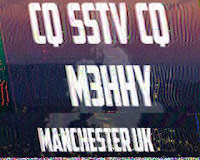 I've been using the Hack Green SDR on 20m (14.230 USB) to receive SSTV from all over the world and decode it using MMSSTV and I must say I'm really impressed! There are some strong signals which create great images. EA4MD was particularly strong on the SDR as was EB5DZC. 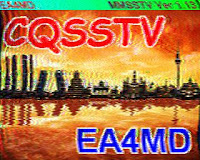 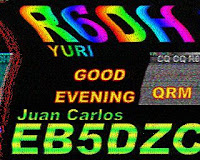 So, if you want a cheap and easy way to play with SSTV then download the CQ SSTV app or MMSSTV software. You don't need cables or wires you can just use a handheld and your iPad, iPhone or android phone.

Manchester, UK.
Posted by The MJJ Collection at 3:07 PM