I've always had a bit of a fascination for radio towers, masts and transmitter sites and some have an interesting history. Some of my favourite types are the old British Telecom Chilterns type towers that were built around the 1960's. They are telecommunication towers built of reinforced concrete with around four platforms at the top that are used to attach point to point microwave transmission drums and a whole array of other antennas. 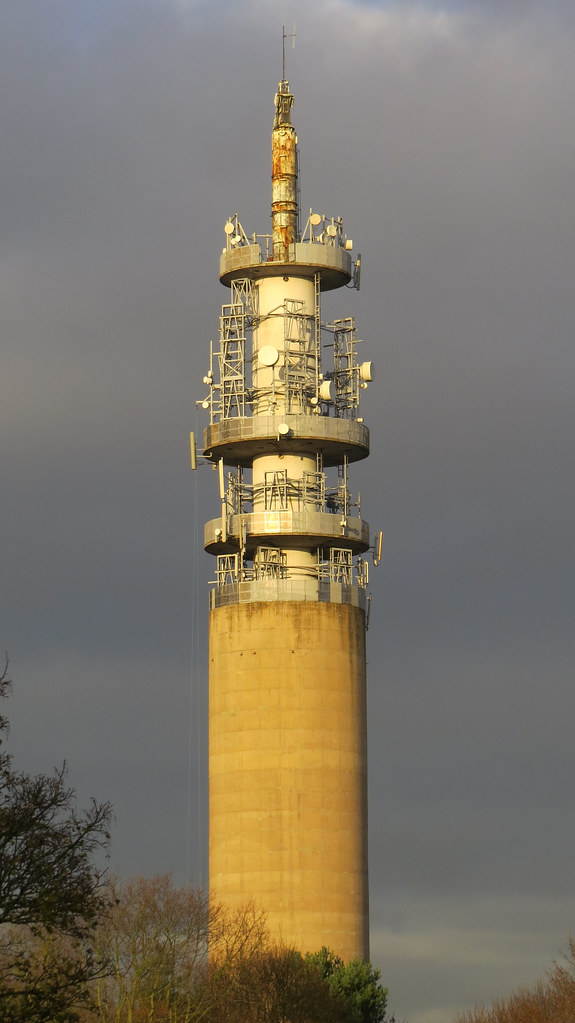 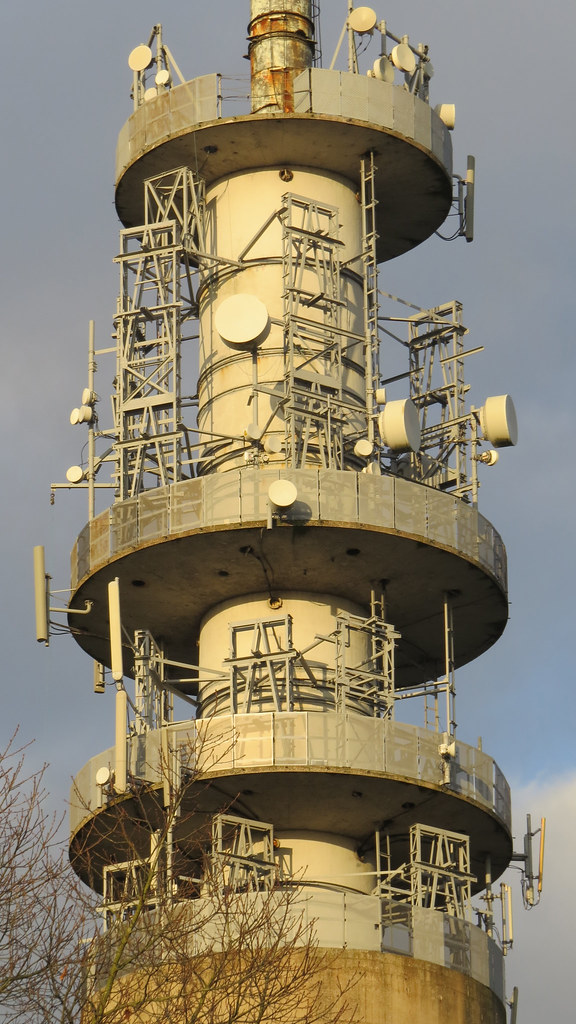 Heaton Park BT Tower is a Chilterns type concrete tower close to the banks of Heaton Park Reservoir, at Heaton Park, Manchester. Heaton Park tower is one of the few British towers built of reinforced concrete, and one of seven BT towers of this particular design which are all significant local landmarks and cultural icons. Heaton Park is notable because it provided a large portion of the trunk comms capacity into Manchester.

There is little information on the internet about this particular tower but it is likely to have been constructed as part of the British Cold War "Backbone" radio communications network designed to provide the UK and NATO with survivable communications in the event of nuclear war. It would have relayed signals from Sutton Common tower in Macclesfield to the south and Tinshill tower in Leeds to the north. 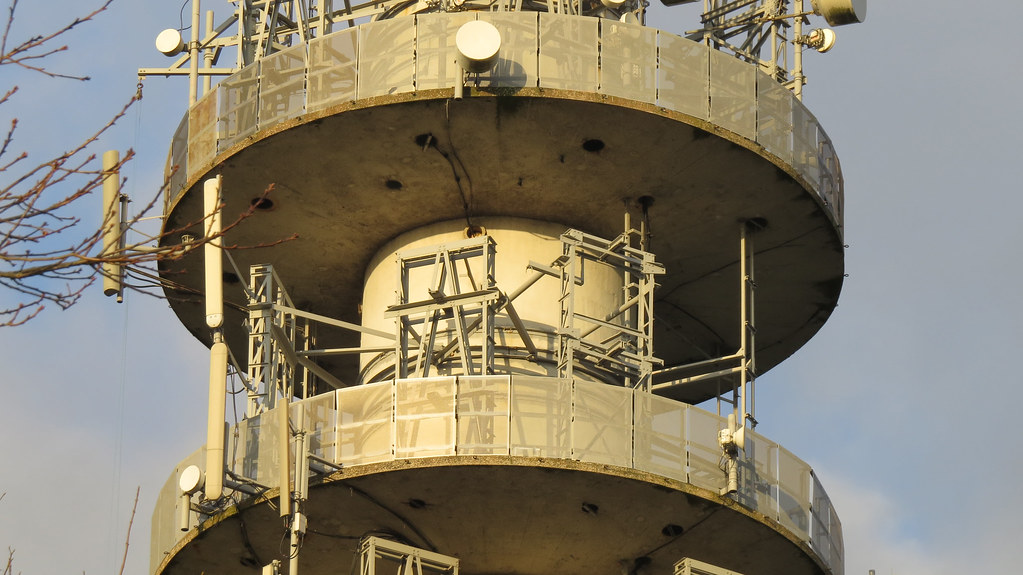 BT owns at least 200 radio masts and towers in Britain. Of these, twelve are reinforced concrete towers. The rest are of steel lattice construction. Seven of the twelve are all Chiltern type towers named after the first one which was built at Stokenchurch on the Chiltern Hills. They are identical except for their heights, which vary considerably.

The others are located at Stokenchurch in Buckinghamshire, Charwelton in Northamptonshire, Pye Green at Cannock Chase in Staffordshire, Sutton Common near Macclesfield in Cheshire, Tinshill, in the Cookridge area of Leeds and Wotton-under-Edge in Gloucestershire.

In common with most of these sites, BT have removed the original horn antennas and replaced them with more compact dishes. The ones on the Heaton Park tower look quite new and I noticed some old dishes dumped in a pile at the base. 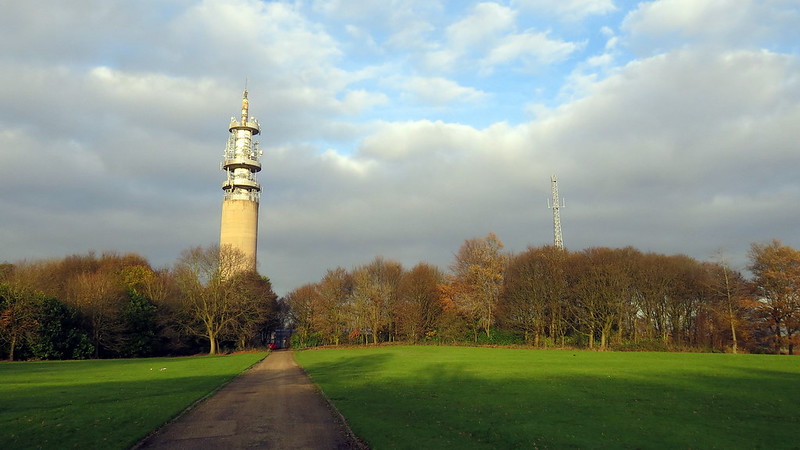 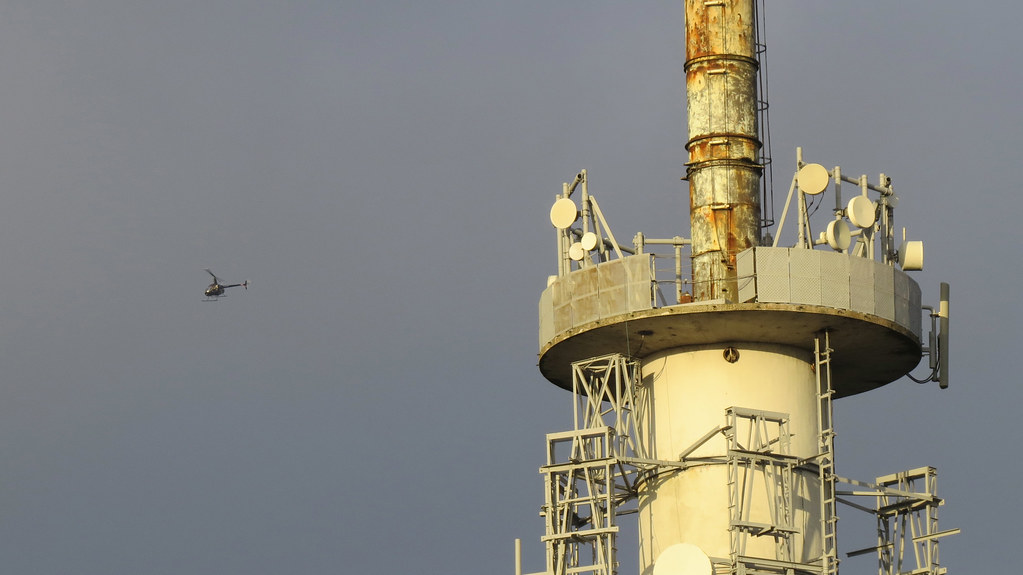 There was another antenna tower close by with 3 small and 3 larger vertical omni directional antennas on it, I have no idea what it is for but I'd guess the larger, white antennas are possibly Police Airwave antennas. Correct me if I'm wrong. 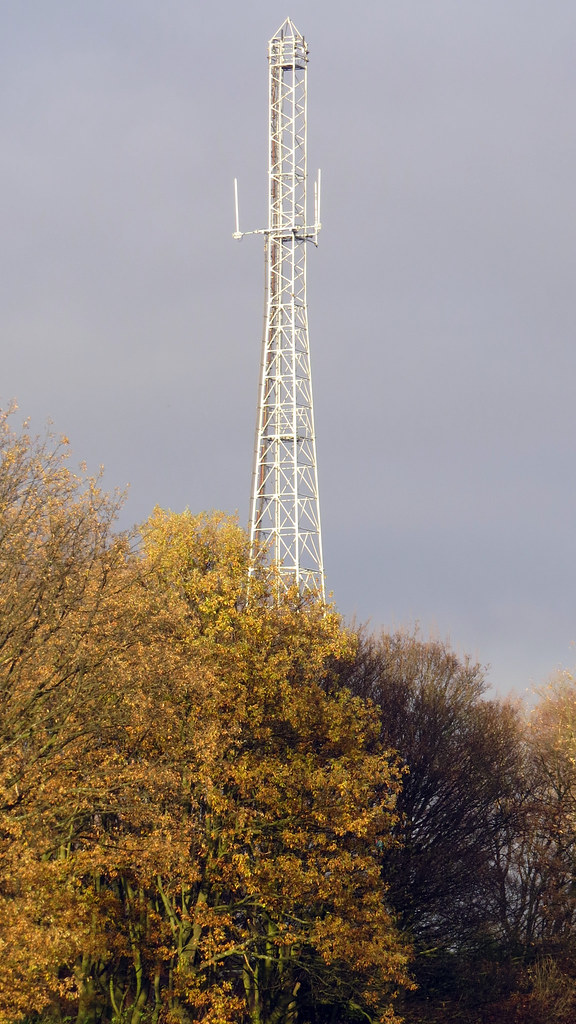 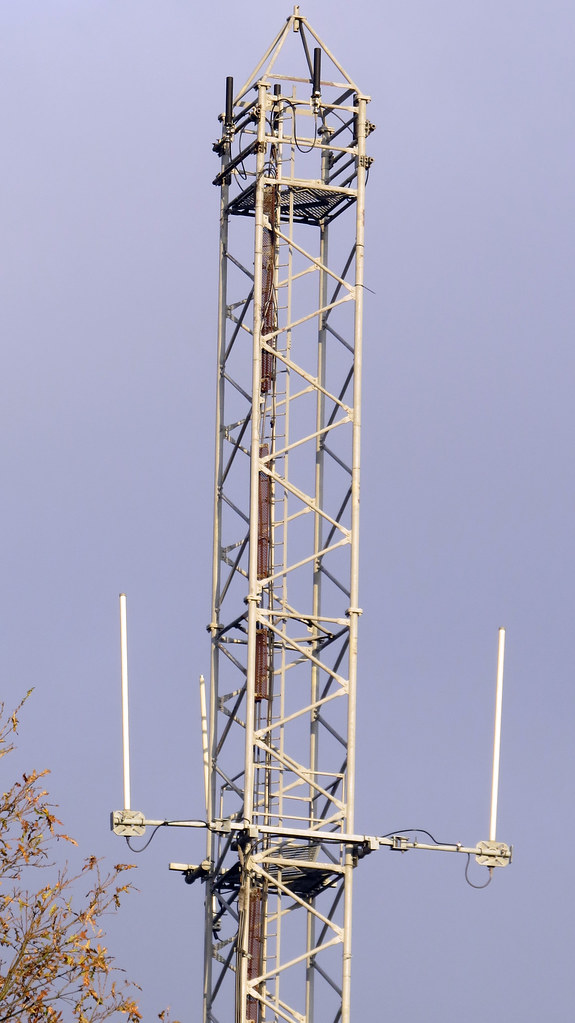 The BT tower is bare compared to how it used to look due to most of the microwave backbone network now using fiber. It still stands as a relic of a Britain where radio communication was in its heyday.

If you haven't been to Heaton Park, it is definitely worth a visit and there is plenty to do there. It made for a nice walk this afternoon for a couple of hours with plenty of wildlife around and of course this awesome BT tower.